Dazu die Band selbst: „A hard decision to take as Ringo was with us from the start of the band 7,5 years ago and on a personal level Ringo and the rest of the band still got along well. However: Ringo’s personal life made it impossible for him to invest the necessary time and effort in the band for quite some time already, which made this decision inevitable if we wanted to keep the band running on the same pace. We thank Ringo for everything he did for CRIMSON FALLS over the years and won’t forget all the good times we shared.

Meanwhile we welcome Jeroen Foré as our new guitar player. Jeroen already played in several bands such as CATAFALQUE and WRETCHED VIXEN and he is currently starting up a new project band called STRICH.NINE. Jeroen was the obvious choice for us as he already rehearsed with us regularly over the past 1,5 years and he already replaced Ringo on 6 shows in that period. As he is a very talented guitar player we are looking forward to start working on new material together with him. Jeroen already played with us last Friday at ‘t Zaaltje in Morkhoven, here’s a live clip of that show: (Link) 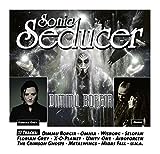 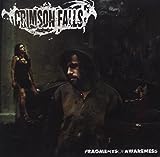