„We would like to extend an end of the year thanks to all of the fans who supported DECREPIT BIRTH over the past year. Whether you caught us live, checked out our music online, picked up our CDs or merch, or even just helped spread the word about a show – we really appreciate the support! We have really tried to keep busy since the release of the last album, „Diminishing Between Worlds“; and now that we are about to enter the studio to record our third album, called „Polarity“, we are planning a very intense touring schedule to support the new album. The band is looking to get a chance to perform in many places that we have yet to see.. as well as returning to Europe and North America for some awesome tours!!

We are about to commence recording for „Polarity“ by entering Sharkbite Studios in Oakland, California to start tracking drums with producer/engineer Zack Ohren. We are very excited to get the album recorded and released! We have been performing a couple of the new songs live and the response has been awesome! So we hope you, our fans, enjoy the direction of the new material.. Which can only be described as „death metal from the soul.“ This will certainly be our most catchy material yet, although still brought to you in a brutal and progressive way that people have come to know DECREPIT BIRTH for. This will also be the band’s first release on Nuclear Blast Records. Which we are very proud of due to their amazing reputation and professionalism. We will be bringing you video clips and updates from the band during the recording process.. so stay tuned!“ 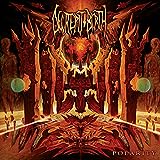 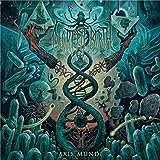 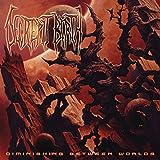