Dan Ditella, der vormalige Drummer der Chicago-Thrasher HURTLOCKER ist am 18. Oktober 2006 unter tragischen Umständen verstorben.
„Hurtlocker would like to take the opportunity to say goodbye to a friend, and former bandmate. Dan Ditella played with Hurtlocker during much of 2005, and recorded drums on our Napalm Records debut „Fear in a Handful of Dust“.
Dan passed away 10/18/2006 due to complications while in rehab in Elgin, IL. The details are still sketchy so at this point we can’t say too much. Our thoughts go out to his family, especialy his brother Mike, and his mother as well as all of Dans‘ friends. During his time with Hurtlocker, he struggled with many demons, but he was a good kid with a big heart . We only hope that Dan found the peace he couldn’t find while he was here. That’s all for now. God bless and goodbye. – Hurtlocker „ 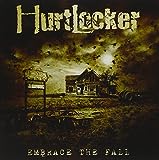 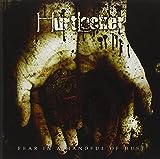 Hurtlocker - Fear in a Handful of Dustbei amazon25,47 €
Weitere Angebote »