„Things have moved slowly since the sophomore album, ‚Megalomania‘, was released in 2001 and the flame has simply died. The band apologize to those who’ve been hoping and waiting patiently for a third album. The founding members will concentrate their efforts through other channels of expressivity. For those who haven’t purchased the bands two albums ‚Traces o‘ Red‘ and ‚Megalomania‘, both are still available. A limited number of leftover t-shirts and girlies are also available from the Norwegian indie label INRI Unlimited — www.inriunlimited.com. It’s better to quit than to wander down the tedious trails of the past, dear friends.“ 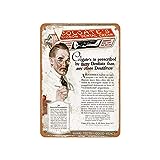 Harakiri For The Sky

Ja, so geht's! “So It Goes” ist ein Black-Thrash-Meisterstück.