According to a posting on former MEGADETH guitarist Marty Friedman’s official web site, Japanese pop superstar KOTOKO’s new single, „Kirei na Senritsu“ — which was written by Friedman and features a guest appearance by the guitarist — entered the Japanese pop chart at No. 18 this week. „Kirei na Senritsu“ is also said to be the ending theme for the upcoming DVD „Maria Sama ga Miteru“.

Marty Friedman will record several shows on his upcoming European tour (starting March 31) for his new live album, to be released later this year. Joining Marty in his touring band will be guitarist Ron Jarzombek (WATCHTOWER), drummer Jeremy Colson and bassist Chris Catero.

According to a press release, „Loudspeaker“ is an album that will change all preconceptions about instrumental albums. It is an emotionally fueled work of genius, mixed with brilliant guitar solo mastery that has become Marty Friedman’s signature.

„Loudspeaker“ features guest appearances by Steve Vai, John Petrucci, Mick Karn and Billy Sheehan. „For me it was a big experiment,“ Friedman explains. „I knew they were amazing, butI wanted to get these guys to play the most aggressive way they could because as a fan I really wanted to hear them like I never heard them before — in a full metal context.“ 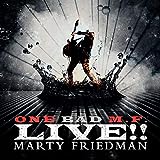 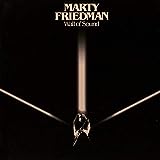 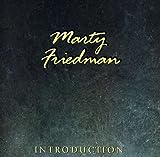