After the recent events at the Rengsdorf Rock& Blues Festival and the Rock Am Schloss Festival the band sees no perspective any more to go on with our drummer Thomen Stauch. Therefore we immediately release him from all duties.
Even though we are aware of his personal situation we cannot ignore the fact anymore that he is still not able to carry out his duties for Savage Circus. Already in summer 2005 Thomes started to cancel most of his all planed out promotional activities. In 2006 he canceled the Japanese shows and wasn’t part of any other activity for the whole year. We gave him this entire year to solve his situation because we deeply hoped that he would be able to recover and to get back into pace again. But instead in spring this year Thomen almost canceled the Circle II Circle tour. Now he canceled two festival shows with extremely short notice again…
We are very sorry, but we cannot take this any more. We supported and backed Thomen up for over 2 1/2 years by now, but as sad as it is we must face that it is just not going anywhere. Even though we still do have a lot of understanding for his situation, we cannot allow the unintended but yet serious damage he is doing to the band in which all of us invest so much energy and work. We do want Savage Circus to happen, but we cannot see it happen with Thomen any more.
We are not looking back in anger, we’d rather like to look into the future. The production of the DREAMLAND MANOR followup is not dramatically effected by this, but we will need some time to decide and work in a worthy replacement, who will be anounced shortly. Therefore the releasedate will move to early 2008.

We wish Thomen well and hope, that he will find his way. 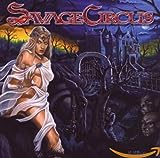 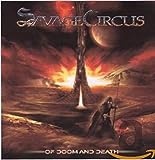 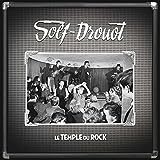