Harry „The Tyrant“ Conklin (JAG PANZER) ist bei BALLISTIC für die kommenden Liveshows und Studioaktivitäten eingestiegen. Er bleibt natürlich Leadsänger von JAG PANZER, ist absofort aber auch vollwertiges BALLISTIC-MItglied. Hier ein Statement von ex-Sänger Tom Gattis, der als Gitarrist Hauptsongwriter in der Band bleibt: „Harry Conklin, the singer for Jag Panzer, has officially joined BALLISTIC and will be at ‚Bang Your Head‘ 2004. People familiar with Harry know him as one of (if not the) best voice in metal, and I personally cannot think of a better singer I’ve seen. Like Rikard (drummer of Jag Panzer and Ballistic), Jag Panzer is still Harry’s primary focus. But it will be great to have him on for the live shows and future albums. I will focus solely on guitar, and strange enough thrashing around is fine as long as the pressure doesn’t get too great. As you may or may not know, I was stricken with paralyzing headaches during the recording of the CD. I had MRI’s, MRA’s, CT scans and about every other type of scan known to man performed. Without divulging the results of the test I’ll simply say that I must stop singing. The pain is excruciating, and belting out an entire set is foolhardy. I’ll be getting my PE (Professional Engineer) license this year with substantial projects in the works, and also I am looking forward to continuing the enjoyment of playing metal for a long time to come, as that is in my blood. I have too much to live for to keep up this risky behaviour. There is NOTHING more dear to me in this world than the fans, and if this news lets you down I’m truly sorry. I can clearly remember the departure of Paul Dianno from Maiden. He was not a „great“ singer, but damn did he put the distinctive stamp on Maiden that made them stand out from the masses. The vocals on the CD are something I will always be very proud of as its the first time I personally really liked my singing. The distinctiveness of something is always hard to leave behind and it is something I do with regret. It’s been a pleasure singing/playing for you all down the years, and I sure enjoyed the appreciation that came with singing and playing guitar. It has long been a source of pride for me, and I will continue to hold those musicians who sing lead and play an instrument at the same time in the very highest of regard. That edge I had will be missed, but under the circumstances I have no choice. See you at BYH 2004….beer, speed, adrenalin, and hatred! Pure heaven. Thanks for your understanding! Metal for Life, no compromise…..ever!“ (Tom Gattis) 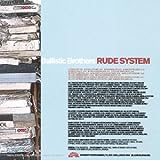 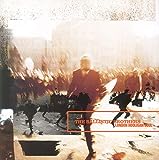 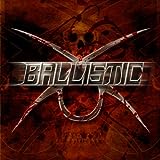