Members of 80s German thrash metal cult EXUMER began negotiating a full fledged reunion for 2009. The projected reunion includes a new album, re-releases of the band’s two albums from the 1980s and a substantial tour.

…..“This reunion won’t be like the one-off show we played at the Wacken Open Air, in 2001. This time we will deliver the entire package and release a new, third EXUMER album. It’s been close to 22 years since the second EXUMER release in 1987 and it seems that the band is still relevant, especially when you consider the new generation of thrash metal bands that quote EXUMER as a major influence of theirs. I will keep SD alive and I’m not abandoning the project but most of 2009 will be dedicated to a new EXUMER album and it’s promotion. We also have Paul Arakaki (guitars/bass) in the band who replaced me on the second EXUMER album and now lives in Hawaii. I frequently get emails from fans asking for a EXUMER reunion and I feel that the time is right to finally go ahead and make it a reality. We have never played live in North America and I believe that we owe it to the fans here in the States to see the band at least once with full-on live production“

EXUMER has not yet decided with which record label to work with for the releases, but plans to enter the studio to record their new cd in late 2008/early 2009.

Sun Descends‘ new album titled „The Entropy Formula“, will be released on Khaosmaster Productions in April and on Twilight Distribution in Fall 2008. 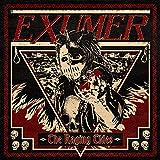 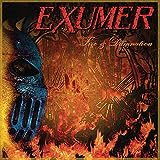 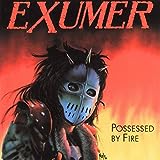