ONWARD haben sich nach der Trennung von ihrem Label Century Media Records selbst aufgelöst. Hierzu ein Statement von Gitarrist Toby Knapp von ihrer offiziellen Homepage: „Dear listeners, in the last few years I’ve become a person who believes struggle and adversity are not necessary. Life unfolds naturally and I don’t interfere with fate. Once you find yourself swimming against the current, you are on the wrong river. ONWARD’s success was the most natural experience. With the benefit of the tedious demo and gigging process, we found international exposure with a respectable record company backing us. We played some high-profile shows, toured the U.S., and released 2 well-received albums. We simply saw opportunities and followed through accordingly. It’s been an amazing experience for me considering I didn’t even give a good goddamn about a music career prior to the experience. Now, a series of events sees ONWARD swimming against the current. With dignity, I announce the disbandment of ONWARD. The lines of communication between the musicians who have contributed to ONWARD shall remain open, and for the future, anything is possible. As a temporary ‚farewell‘ to our fans, we are making a 14-song CD available, complete with what would have been our 3rd album, ‚The NeverEnding Sun‘ demo, as well as some live and bonus tracks. Check our merchandise section for this low-priced and exciting collectable. My sincere thanks to Michael, Jon, Chris, Randy, and Century Media for those great moments when our wills were in perfect alignment. Our biggest debt goes to you: our fans and friends worldwide who have made this chapter in our lives very rewarding. We are truly humbled. Keep ever moving ONWARD and may our paths cross again.“ Sänger Michael Grant richtete im Bandforum auch einige Worte an die Fans von ONWARD: „Hello friends and Fans! O.K. here are my two cents on what’s going on. I’m here to back up and to clarify Toby’s statement, As always the fans who buy our records have a right to know what the hell is going on. Yes the band is going to lay low for a while. Ya see, what happened was this: Only a few weeks before going into the studio to record the finished version of ‚The Neverending Sun‘, our financial backers (Century Media), who by the way greenlit the record’s go-ahead, abruptly and without warning pulled the plug and released us from our contract. This, after many days of hard work and preparation for the recording, I still don’t know why. CM says they have nothing against us personally or music-wise. It is my personal opinion that CM are in some financial trouble. They are well respected for investing in bands for many records before making a decision on whether they break the bank or not. I still thank them for their hard work and cool people whom they employ. Perhaps this is a good thing. Maybe there is a better label who truly cares for our brand of metal. Right now we want to see how you, the fans, like our new record, even though it’s a demo. The quality is very good. At $6 it’s a steal for 14 songs. As a band we are just fine. All four of us are all very good friends and musically we are tighter than ever. I am bummed out we never got to Europe during our touring days (The one thing I do blame CM for not helping out with) We love hearing from our European fans. One day we will tour there!! Right now I am working on a project called CRESCENT SHIELD. We shall see what happens with that. My heart is always first and foremost in ONWARD. It is the best thing to happen to my life. ONWARD is not dead, we are just going to sleep. One day we will reawaken!! Keep in touch, give the demo a listen and post your true thoughts. As always, Keep it evermoving!! Michael Grant“ 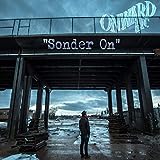 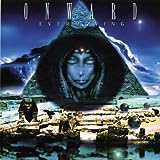 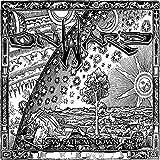