Die Band kommentiert folgendermaßen:
„Our guitarist, party-hat chief and beer drinker extraordinaire, Paul, has informed the rest of us that he is leaving the band. His decision is based on lack of time and a general wish to concentrate on the band that he co-founded, Guardians of Time. We think it sucks to lose a talented guitarist as well as a genuinely great guy but this decision is probably for the best both for Paul, as well as for the band and we absolutely respect it and wish Paul much luck and happiness in the times to come. Trail of Tears will not bring a new member into the family as we are very much content with how the situation is at the moment and so the band will continue as a 5-piece.

We also want to make it perfectly clear that this will not affect the upcoming festivals and shows, nor will it affect the writing and pre-production work for the next album, a process that we are well underway with.“

Pål selbst sagt dazu folgendes:
„Due to my commitment to Guardians of Time, I can no longer give 100% of myself to Trail of Tears. Anything less than 100% feels wrong for me when it comes to such a great band, and I see no other option than to leave the band. My time in Trail of Tears has been a great run. I have been lucky enough to contribute to one of the band`s best albums, „Bloodstained Endurance“, and we have played a lot of great shows together. My last gig with Trail of Tears at Metal Camp in Slovenia a few weeks ago was a good ending for me. We part ways as good friends, and I wish them the best of luck in the future.“ 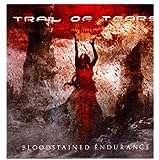 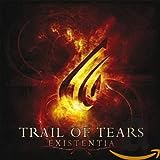