„We’re pleased to announce that mixing and mastering for the upcoming album is complete. We decided early on in project that we wanted an outside person to mix the record so we could spend more time writing and recording. Kevin Leaman (BELIEVER guitarist) recommended Kevin Gutierrez from Assembly Line Studios for mixing this record. Leaman had worked with Gutierrez previously and said that he was really easy to work with. From the first telephone conversation it was clear that Gutierrez understood exactly what we were looking for sonically and he seemed really interested in helping us achieve that.

We let Kevin know we wanted this album to sound very musical; not just be heavy. We wanted to use the whole frequency range and not have all the mids scooped out so that everything going on in the tunes was audible. Most importantly, we wanted to keep the dynamics. We were a little nervous about not being there physically for the mix, but we spent so much time tweaking in the sounds for tracking that we were confident he had good stuff to work with. The rough mixes we made for ourselves already sounded pretty decent.

Kevin was fast and efficient. He’d send us reference mixes as he completed each song and we’d be emailing/texting comments back and forth at all hours of the day and night. He was very responsive to our change requests and was really helpful in setting up the mastering session and communicating what we wanted to Maor Appelbaum of Maor Appelbaum Mastering.

Maor also understood what we were trying to achieve with the dynamics and the overall listening experience we wanted to create on this album.

Sonically we’re extremely happy with this album and can’t wait for other people to hear it. We feel like this is a really strong and unique album in the BELIEVER catalog and it’s something we’re definitely proud of.

So what will you hear? As we mentioned, we focused more on the overall musicality which included more instrumental layers than we used before. The vocals were also more of a focus as we have had much feedback throughout the years, specifically to get out of the one dimensional realm. Kurt wanted the vocals to be more complimentary to the overall tune feel, so he used many facets of his vocal abilities. As with all Believer albums, this one is definitely unique.“ 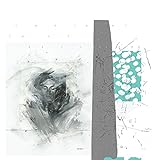 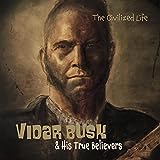 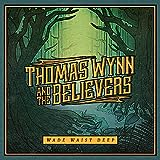