What lies ahead for Dissection, even in these early days of Reinkaos‘ release?

„Every journey has its end and we are now reaching the end of the line with Dissection, but we still intend to leave our final mark, by performing the material from Reinkaos live.“

„What we have in front of us now are a few extremely select concerts that will mark the end of Dissection, out of which the Dissection Midsummer Massacre in Sweden on the 24th of June will be the only European concert, as well as the last. We will also make our first and last concert in Israel, as well as two final concerts on the American continent. I have reached the limitations of music as a tool for expressing what I want to express, for myself and the handful of others that I care about, and I will now move along to other realms of practice. „Reinkaos“ has been our only focus for such a long period of time and all the work and fanatic dedication put into the band by each member has been directed into this album. With „Reinkaos“ finally recorded and released I also realize that there is nothing left for me to do with Dissection. We have succeeded with our task to manifest, in essence, a truly Satanic record blessed by the dark gods and we have succeeded with our goal to manifest a truly Satanic band! My goal was to bring back Dissection with full force and to make it the Satanic unit I always wanted it to be and the tool for completing the personal black magical work that was started many years before. With „Reinkaos“ this has all been achieved and I’m very, very pleased with the result. It wouldn’t even be desirable for me to follow it up since everything that I ever wanted to express is in there. That’s why we now have decided that this is the time to move on and where Dissection no longer will be an active band. So it’s a great victory for me to move beyond this phase of personal becoming. With „Reinkaos“ we have reached the ending chapter. Dissection’s work is done and this is our legacy. I want to thank my brothers in battle, Set and Tomas for making this possible. Salve Satan! Salve Azerate 218!“ 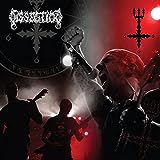 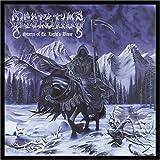 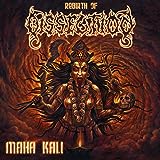