„First of all, and most importantly, I am now officially Mrs. Amy Hartzler! Josh and I are married, and it is the most incredible thing to happen in my life so far. We just got back from our beautiful, remote honeymoon two days ago, and unfortunatley discovered the fact that I was unable to defend myself for a week and was taken advantage of quite a bit.

Here’s the truth: When I said that John [guitar] and Rocky [drums] both made it clear they were ready to move on, I meant it. They were very vocal about the fact that they didn’t really care about EVANESCENCE at all and just stayed around for the money. I knowingly let this negative energy grow within my band for a very long time because I was afraid of the appearance of falling apart when in reality trying to hold on to these guys is what was holding us back. I treated both John and Rocky with nothing but kindness and respect, and I got nothing but jealousy and resentment in return. They were miserable. They are no longer playing with us because I love this band too much to see it driven into the ground.

One little false fact that’s been bugging me in the press about this — Rocky didn’t quit. He never talked to me or our management at all… but he did tell most of the crew and the rest of the band that he planned to quit during the two weeks off after our shows in South Africa (during which I was getting married and would have no time to replace him). Fortunately, many of those people care about this project and came and warned me, so we were able to replace him in time to continue the tour as scheduled. I then told John it was time he did what he obviously wants to be doing — playing in his own band. Because no one should be playing in EVANESCENCE that doesn’t appreciate it — that doesn’t love it. And especially not someone that is doing it harm. Being a touring member of a band when what you really want is to be a creator can be frustrating — I guess that frustration got the best of John. But that was last week…

So today was the first full rehearsal with Will [drums] and Troy [guitar] and they are awesome [For those of you who don’t know, they are the drummer and guitarist from DARK NEW DAY]. I haven’t seen Terry so happy playing guitar since before the stroke. They’ve been working their butts off for the past few days cramming the setlist into their brains and they sound great. It’s amazing how good it feels to play now — no clouds over our heads, no conspiracy, no drama, just the love of music. Terry, Tim [bass] and I are very happy, and seriously can’t wait to start touring again. Will and Troy are a little nervous, but they shouldn’t be, they both SHRED.

Fellow DARK NEW DAY fans, don’t worry, the band’s not breaking up. Were just borrowing Will and Troy for awhile [they are working on their new album now].

Well I hope that’s real enough for you. I’m probably going to be reprimanded for saying so much, but somebody’s got to tell the truth.

We love you guys, and we won’t let you down. See you soon!“ 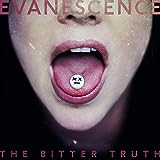 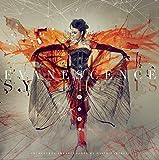