ORPHANAGE sind nach einer Phase der Ruhe wieder bei der Arbeit und haben 13 Songs im Kopf. Hierzu einige News direkt aus dem Studio von der Band persönlich: „Here after a period of reflection and rest Orphanage gathered enough inspiration for 13 brand-new songs. Diversity has always been Orphanage’s most important style-attribute, but the new material will be extreme in diversity as never before. From a ballad, where Doom Metal meets Gothic, from Industrial brutality to make your ears bleed, to Orphanage-Grooves to make your feet move… and your head of course. We have finished recording the drums, guitar and bass. Location for all these sessions is „Studio Moskou“ in the heart of the Netherlands, Utrecht. Studio Moskou is a place where old-school and high-tech meet to make „high-quality recordings with soul“. Each instrument or vocalist is treated with equipment that suits his, her or its character best. From analog tape and tube compressors to a full-fledged Pro-Tools environment, Studio Moskou offers it all. Recording drums for Orphanage involved 3 days of pre-production, to experiment with different recording- and editing-techniques, and 5 days to record the final versions. Recording guitar was meant to be done digitally, using amplifier-emulation, but at the very last moment plans were changed and a Mesa Boogie Dual Rectifier head was used as the source for all guitar-sounds, combined with several cabinets and microphones, both modern and very special vintage models. Both Guus and (bass player) Remko played guitar for this new album, as did ex-Orphanage guitarist Lex Vogelaar; he has a „special guest“ role on the track „Ender’s Game“. Recording George’s grunt, Rosan female vocals and Lasse’s keyboards is next on the schedule. With no unexpected delays, they will be finished in september 2003 and Orphanage will be ready to do the mix! Hold on, take care, be patient … and stay tuned. Orphanage“ 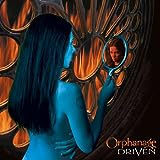 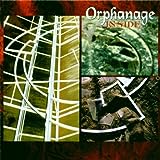 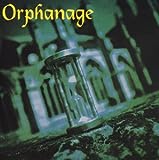