Nach dem Tod von Terje ”Valfar” Bakken, der am 17.01.04 erfroren ist, hat sich die Band nun entschlossen nicht ohne das Gründungsmitglied weiterzumachen. Hier das offizielle Statement: „The loss of our best friend and the founder of Windir have made these last months an extremely hard time. We have decided that Windir will not continue. Valfar created Windir, and we feel that Windir will not be Windir without him. After encouragement from Valfar’s family, we have decided to release one last Windir CD. This will be a CD in honour of Valfar. It will be a 2 disc CD. The first CD will include new material, unreleased material, tribute songs from other bands and live tracks. The second CD will be a compilation of the great music made by Valfar. It will include tracks from the first demo Sognariket to the last album Likferd. Tabu Records will release the album in August/September 2004. We have decided that all income from this CD will go directly to Valfar’s family. We also want to thank all friends, fans, bands, labels and magazines that have supported us in these difficult times. Information on future musical projects from Windir members will be announced later. The music of Windir is still alive! Hváll, Steingrim, Sture, Strom & Righ“ 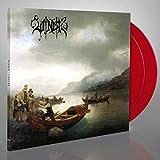 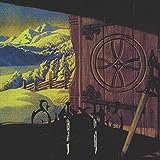 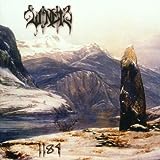