„Things really need to be cleared up around this. Our management had been at the festival long before we arrived. Suddenly Flemish fans came to tell us rumours had been spread that we refused to play because the time schedule was not respected, that people were angry on us. We were informed that on stage was announced that ANCIENT RITES would not play and that the audience were offered a choice between us and the other bands. Later on we ran into one of the promoters who said he had been having trouble with us but that he always had been a fan and would regret if we didn’t play. We knew nothing of the whole situation. All got cleared up when we heard that our management and the organization had been in a fight over the delayed schedule and that without consulting us the management had threatened ANCIENT RITES would not be playing at all. We did not like this situation at all and after the show our management resigned. We understood the management tried to get us on stage on time, they panicked as they saw how late it was but this was a wrong judgment, a wrong move and not at all in harmony with the ANCIENT RITES attitude or spirit. As a result we played too late anyway but on top many people were angry on us because they believed we were boycotting the fest and the other bands. When the P.A. people dismantled the stage many people believed we had ordered this so other bands could not play their show, others thought that we packing to leave. The P.A. people also were dealing with time pressure. By the time the stage was finally ready for our show many thought we had left for home and others were too angry to watch us. We started a quarter to two in the morning. There was a die-hard crowd of ANCIENT RITES fans still present who never doubted us. So it still turned out great. However, the next day I read angry posts on German forums of people accusing us of rock-star attitudes etc… A pity these misunderstandings had to happen and backfired at us while we honestly had no idea about what was going on. Our management resigned but we were left with the trouble. Ironic, isn’t it? I would like the other bands and all people attending the fest to know that cancellation never has been our way or a weapon we would use to put pressure on anyone. Only rock stars and spoiled brats would behave in such a manner and that would be an insult to the underground character of our band. Of course it was a pity we hit the stage far too late but we are used to difficult situations and play with heart and soul no matter how many people are present or regardless what time it is. I hope this is settled.“ 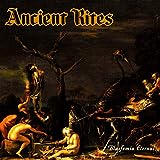 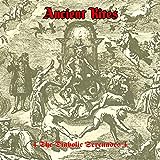