„Yesterday night, our drummer Ricky suffered a loss of coscience and once in the hospital he remained in the Intensive Care Unit. It seems like he suffered a small brain stroke or something like that. this is, one of the veins was broken and some blood was spilled, so he need some surgery to take that blood out.

At this point we don’t know much about it, since he liked 200 km away, and this is the information provided to us by his girlfriend, but what it’s sure is that we’ll have to cancel the AVULSED performance at the DELIRIUM FESTIVAL that’s taking place near Paris 8France) next Saturday 19th of April. Also, right now we’re not sure if we’ll be able to perform at the UNDERGROUND METAL FEST in Lyon (France) next saturday 26th of April as well. We still have to see how Ricky develops from this and then we’ll see, although this really doesn’t depend on us.
We’re very sorry for not being able to perform at the DELIRIUM FESTIVAL on which AVULSED was the headliner sharing the bill with quite some cool bands like HACRIDE + NO RETURN + DEGRADEAD + EMBRYONIC CELLS + HYSTHERESY + E-VICE. We hope our fans and the organizers will understand us in this critical situation and we really hope to play at next year’s edition of the festival.“ 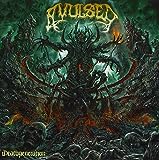 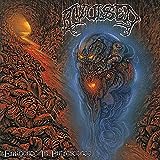 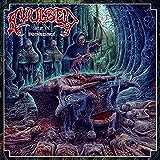