Produzent/Musiker/Songwriter Dan Swanö ist gerade mit den Aufnahmen zu einem neuen EDGE OF SANITY-Album beschäftigt. Es soll „Crimson II“ heißen und am 26. August über Black Mark Records erscheinen. Hier ein von ihm abgegebens Studio-Update: „The vocals have been recorded now and there’s been some changes. Rogga is still here, Granvik too (doing some backing vocals only). [HYPOCRISY’s] Peter Tägtgren won’t be there though, because Rogga suprised both himself and me by pulling off some really amazing ‚Åkerfeldt meets DISSECTION Jon‘ style highpitch vocals, and that was the kind of style I wanted him to do…the main change of course is the fact that I’M GROWLING!!! Oh yes..and you all go…..BUT YOU SAID……Yes, I know what I said and I really tried to growl a few weeks before recording the backing tracks, and It sounded awful, awful, awful….so how did this happen??? I really don’t know…but I guess it’s psychological. When we were recording the vocals, I was bossing Rog and Gran around going, ‚No, out of timing, sound more like me, etc etc.‘ and after a while (and some beers in the system…) I just went up to the microphone and growled my heart out and it sounded good, REALLY GOOD!!! Everything just came back, and it was all there…the power, the rasp (The lungs were not though…) but anyway… so I ended up doing pretty much 50% of the vocals (Including the clean stuff) and there are some dual vocal parts between me and Rog, me and Gran as well….Well, what can I say…my throat aches likes fuck and I have strained every muscle in my body, but It’s worth it…it soundz great..and just when I grow tired of my own voice, Rog comes in and kick it!!! Variety rules….Still no news on the lead guitars though… but I hope it’ll be alright as well…“ 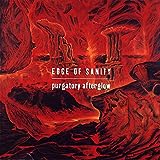 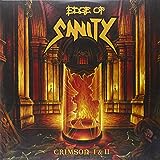 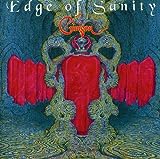