HATE ETERNAL-Bassist Jared Anderson hat seine Band verlassen, um seiner Drogenprobleme Herr zu werden und in eine Reha-Klinik zu gehen. Hier sein Statement: „Due to a continuous ongoing drug problem for the last couple of years, I’ve committed myself to rehabilitation. I will be leaving HATE ETERNAL due to the time and dedication it’s taking to get myself back on the right track. It’s a very unfortunate situation, which must be dealt with, and out of total respect for my bandmates, it’s the right thing to do for I cannot be responsible for holding the band back. HATE ETERNAL has been one of the greatest things in my life for 5 years and now it must end due to my personal issues. I want to apologize to all the fans and my bandmates as well. But I can simply say that I will get well and I will be back somewhere in this scene. I wish the band all the luck in the world and thank you for the great 5 years. Blessed be and may the hatred be eternal!“ Der Rest der Band hat eine seperate Erklärung abgegeben, in der sie u.a. Anderson ihre Unterstützung im Kampf gegen die Drogen anbieten: „Jared, being our bandmate as well as one of our best friends, we wish him the best with his recovery and his health and he will always be a part of what HATE ETERNAL was and is, we will miss him! Randy Piro (who has been filling in for Jared for the last 5 months) will be taking over on bass/backing vocals. HATE ETERNAL will be touring as main support for ARCH ENEMY from August 25th until September 9th, at which point touring with HATEBREED commences on September 12th through October 9th. After that, we look forward to hitting the road with DEICIDE starting on October 31st and will run through until November 27th. All tours are in North America.“ 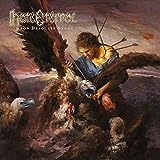 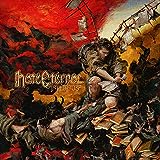 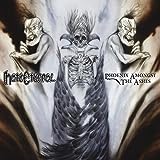