„It has come to an very sudden and sad end between me and Cochino [guitarist/vocalist Martin Schirenc] and due to an email conversation we had over a month long I see no future at all in a continuing work together. Now to make things clear a short and precise point of my personal view.
From the beginning on in 1988 I worked hard in every possible way to make things happen. I created over the years an image and concept for the band, came up with all ideas for photosessions, cover artworks, shirt designs, video clip stories, wrote 50% of the lyrics and so on — gave the band a ‚face‘ and actually also the name itself! I also cared about the legal side of the band. I dealt with the labels, publishers, merchandise companies, promoters, agents, booked 100s of shows, sometimes complete tours and so on. All in all, countless activities to make things going and to get the band a position it deserved. It’s literally endless and the list would go on and on.

I point all these things out because I did that for the band, always unpaied, often uncredited and in the back. Cochino sat at home and waited for information where we are heading next, show, tour or release wise and let people believe it is his or ‚our‘ work. And believe it or not he wasn’t even thankful for that.

Now a lot of hateful and disgusting things happened from his side against me over the years. There was and is a lot of grief, hatred and malevolence for me inside of him for whatever reason.

I tried to keep the personal side far away from the band but in the last months it was impossible for me to keep this separate, too much was said of him against me.

I informed Cochino by mail that enough is said and he should stop this immediately. I also informed him that I don’t see any future for the band if his attitude doesn’t change against me. And I told him that my contribution and work for the band isn’t for free anymore. I am not willing to think about future concepts, book shows and tours, negotiate with labels, in fact doing all the work for a person who is not pulling on one string with me and in fact is jealous about my work for the STENCH. He told me I should stop my complaints and pressure — if not he stops working on the new release. After he didn’t succeed with this tactic he told me to cancel all shows as he is not willing to change anything and he is not willing to play anymore shows.

And now Mr. Cochino is turning round again and is trying to blame me for being against the release? For splitting up the band? For blackmailing him?

This guy is twisting and turning because I am not doing what he wants me to do and now his attitude is getting ugly!

The future will show if the record will be released. But I think the band has come to an end and there won’t be any future live activities which is sad. This was always the most important thing with PUNGENT STENCH, at least for me, and I think our supporters honoured that in coming to our shows and let us feel good.

I am very sorry that this unique project has come to an end and want to thank everybody for help, work, support & friendship over the years. Without you I wouldn’t have been able to create the STENCH and do this for so long.“ 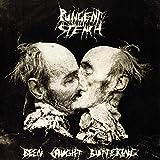 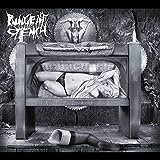 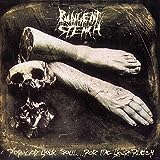