„In Shoals“ is our second full length record and we spent a lot of time with thinking about how we wanted it to sound like and what kind of spirit we wanted for it. We decided to record everything all natural this time, so there are no drum triggers or direct signals. We don’t wanted a lifeless Metal production, we wanted something original and alive…and we got what we wanted in the end. With our new singer Nico (former The Ocean singer) we found a perfect match to the sound we were going for. He covers so much more ranges than the stereotype low grunts and high pitched screams, which was really important to us. Lyrically he and Simon teamed up to get the best out of their vision. „In Shoals“ has a strong political approach and tells a lot about how we feel about the state of today’s world. The word „Shoal“ is an uncommon word for a swarm and the title and lyrics of the opening track – „They come in Shoals“ – should explain a lot about its meaning and what the record deals with mostly. We can’t wait to release „In Shoals“, since it’s exactly what we wanted to achieve musically and lyrically. We will play a lot of new songs on the Thrash and Burn Tour with Darkest Hour, Bleeding Through and Beneath the Massacre, so be sure to come out to see us play those songs and to get your copy of „In Shoals“ there. 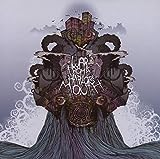 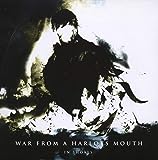 War from a Harlots Mouth - In Shoalsbei amazon16,30 €
Weitere Angebote »