„In the summer of ’97 I bought a ticket for a rollercoaster ride called Born From Pain, and got more than I bargained for. Ever since the very first beginning I played so many shows, met even more great people and learned a lot about the world, music and especially me as a person. During the last year and a half however, I started struggling with my priorities and found out I wasn’t into the band that much anymore as I was in our early career. This resulted in one of the hardest decisions I ever had to make in my life; me quitting Born “ target=“_new“>(Link)From Pain. I found myself not being able to put energy into the band outside of the live shows, and later it became even harder and harder for me to get into the tour van to go to shows. I felt like I was lightly burnt out by a lot of things and especially Born From Pain. This led to me estranging from the band, to a certain extent, and I started thinking about a life without Born From Pain. The more I thought about it, the more I started to like the idea about having a regular life, a normal career and different hobbies without Born From Pain “dictating” my life. Like I said I had some great times with this band, but this is as far as I can take it. I have no more energy nor the will to push it any further than I have done up until this point. Me staying in the band would only keep the band behind, and that is not something I wish to happen to Born From Pain. Born From Pain has always been a band that pushed its limits and a band is only as strong as its weakest link.
I will still be active in the music scene, but more on the background, like managing and advising bands. I will be playing music as well but that will be on a hobby basis. I’m happy the other guys decided to keep the machine rolling and that we’re able to split in friendship. I’d like to thank everyone who supported me and Born From Pain throughout the years as well as GSR music, Metal Blade records, Hollowman, M.A.D. and their entire staff for believing in this crazy thing that I helped create… Last but not least I wish Karl, Rob, Roel and Dom all the luck they deserve with Born From Pain in the future. The war is still on… „

„I am sad to hear that Che is leaving the band and that his time at the front of one of my favorite European hardcore bands will soon come to an end. His charisma and commanding presence will surely be missed, and his shoes will undoubtedly be hard to fill. However, I am excited for the opportunity to hit the stage and help the band continue doing what they’ve been doing for all these years. I am looking forward to stepping in, not only because of the band’s true sincerity and dedication, but because they are my friends.“ 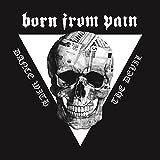 Born from Pain - Dance With the Devilbei amazon12,66 € 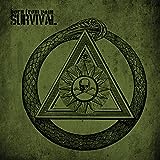