Jon Levasseur here writing to officially announce my departure from Cryptopsy. It is something I strangely felt coming on since a year prior to my departure (August 2004) as my inspiration for such extreme music was growing thin. After 10 years in the band, I now wish to step back, lay low and explore other things in music. Who knows, maybe one day this new chapter in my life could turn out into something interesting!

That being said, I want to say that I’m very proud of what Cryptopsy has accomplished as a band and I consider myself extremely fortunate to have broken through boundaries with some of the best musicians in the business. So to Flo Mounier, Eric Langlois, Lord Worm and Alex Auburn, it’s been a great ride guys, full of memories. Thanx for everything and for putting up with me!!! I also wish to extend thanx to the ex-members club: Steve Thibault, Mike DiSalvo, Miguel Roy, Martin Lacroix, Martin Fergusson, Dave Galea and to the 6th member for the past 6 years, Maurice Richard and all other people who have been involved in the band’s success!

Finally, I want to thank every Cryptopsy fan on the planet. Because of your undying support, the band is able to bring it’s music around the globe and it made me live so many great things and experiences. I got to play for fans in many places in the world, some places even beyond my own expectations. Hail to you all, thank you and do look forward to the next Cryptopsy album! 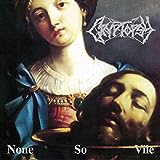 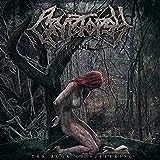 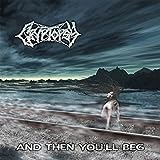