„Martin Schönherr from DERANGED here. Sad news… A couple of weeks ago Rikard Wermén (drums) decided to leave the band. He’s been handling all of the bands correspondence (as well as any other matters concerning the band) the last 15 years and told us that he basically was fed up didn’t wanted to do that any longer and therefore decided to leave the band. He’s been doing a really great work and has
always managed to squeeze in time to handle the bands business. He also said numerous times that he will stay and do whatever shows that was booked but wouldn’t handle any correspondence and the likes, and even said if we managed to get a tour later this year, he would stay for that as well in case we hadn’t managed to get a new drummer. Fair enough and we thank him eternally for that…
Now, Johan Axelsson (guitar) said that he didn’t wanted to do the booked shows and wanted to split the band up (coz of reasons unknown) which leaves me and Tomas Ahlgren (bass) no other choice then hereby say that we can’t play the following festivals, therefor Deranged are from now on split up.“

„I’m really sad and surprised that it should end like this….

In my opinion, me and Martin [Schönherr, vocals] was agreed on the same thing — that it didn’t feel right to do the [previously announced] shows after Rikard’s [Wermén, drums] decision to leave the band. Thomas [Ahlgren, bass] disagreed and still wanted to do the shows. It left Martin and me — the majority [of] the remaining band — to take the decision.

I don’t understand what did change that. When I read the official statement regarding the split, I [didn’t] see any agreements and me Johan [were made out] to be the ones that split up the band. I was also surprised when I heard that there was another version of the story when I talked with Thomas. ‚Cause of reason unknown?? I mean, if Rikard quit the band, where is the future of the band anyway?“ 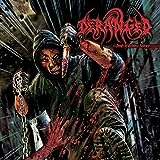 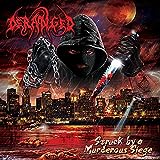 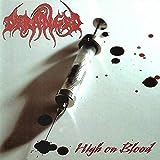