„Thought you would all like an update on what’s happening in the KSE camp and how Adam is doing.

As you know by now, the guys were forced to postpone three sold-out shows of their current European headlining tour at the last minute on Saturday January 13 when Adam D was deemed too injured to play.

Following months of recuperation after previous back surgery for a herniated disc, Adam had been touring in the USA with little to no incident, but after a week of shows in the UK, he found himself suffering increasing levels of back pain, spending the time before and after shows lying flat with a bag of ice on his lower back, in an effort to continue touring. By Saturday however, the pain had risen to such a level that a local doctor rushed him to hospital in London, only hours before the
band were due to take the stage at Brixton Academy. To make matters worse, Howard was suffering from a chest infection. At that point, the band had still intended to play the evening’s show.

However after a series of tests in hospital, Adam was informed his back injury was so severe, he could definitely not continue the European tour, nor fly home – and would in fact need urgent surgery. They band therfore had no choice but to postpone their shows in London, Bristol, and Paris while a Plan B was devised. Naturally, the band were worried about Adam and extremely disappointed he would not be able to finish the tour. Equally, they did not want to let their fans down by canceling the remaining 16 European shows.

Therefore, ex-Soilwork guitarist Peter Wichers has been flown over from the USA to fill in for Adam for the duration of the European dates. The band have been rehearsing with Peter since his arrival in the UK, and
the tour will resume in Holland on January 17. In a brief statement the band said, ‚Adam will be missed, but he wants the tour to go on… we will try to miss as few shows as possible, and make up as many as we
can. We appreciate all the messages and concern that everyone has shown.‘

I can report that Adam’s surgery went well, and he is now recuperating in hospital with family at his bedside. He will fly home in a few days.” 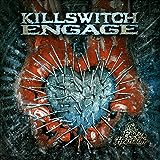 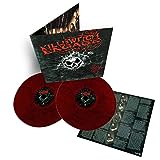