The End (2007-10-13)
After nearly thirteen years as The Hellacopters we’re now sad to tell you that we are breaking up. The reasons behind this very difficult decision are many and too personal to go into here.

Playing in a rock and roll band isn’t always a walk in the park, but thanks to all of you who rocked out with us at sweaty clubs, rainy festivals or at home by the stereo throughout the years, it’s been a fantastic trip. We’ll never forget your support.

We recently finished mixing our seventh and last studio album and it’ll be released early next year according to initial plans. We feel like we wanna say one last Goodbye to you and throw in the towel with a bang, so we’re aiming to do a farewell tour through Europe and Scandinavia sometime in the spring. So you’re not getting rid of us just yet. 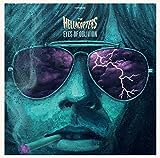 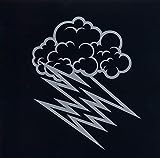 The Hellacopters - By The Grace Of Godbei amazon20,53 €
Weitere Angebote »