„Concerning Lynn, I’m sure everyone out there knew something was going on when we had Norman Skinner of the Bay Area based band, Imagika, filling in for our CD release party. It seems kind of obvious that something is up when the singer that recorded the album that is being celebrated, is not taking part in an important event like that. And then when our band is enlisted to back Ronny Munroe of Metal Church as his band for his solo gig too boot? Yeah… something is certainly amiss

Sadly, it had come to a point where Lynn’s time and dedication to Katagory V was no longer a priority for him, and we could see it in his attitude for some time now. This was probably one of the harder decisions we’ve had to make as a band, but ironically, this situation has been a long time coming. In the end, we really cared about Lynn as a friend and about him being in the band, but we knew it was time to make a change.

With Marc, it was almost the same scenario concerning his dedication, only he has decided to leave on his own accord. It finally came down to him having to make some hard choices, and due to minor musical differences and many conflicting factors in his personal life, Marc has officially decided to part ways with Katagory V.

These decisions have come as a huge disappointment for us in Katagory V, and we are certain many of our fans will be disappointed as well. However, we will look ahead, carry on and continue moving on to the next chapter of the band! There were a lot of good times and memories with Lynn and Marc in the band, and there is no doubt that both of their contributions made them an integral part of Katagory V during their tenure. We wish both of them the best in their future endeavors.

Now with a vacant guitar and singer slot, we are now ready to move on, and are looking to find a new, more versatile and highly motivated vocalist and guitarist as soon as possible. Interested parties, both locally and nationally, can contact the band directly at vocalist@katagory5.com for more information on the vocalist slot and guitarists can address the band at guitarist@katagory5.com“ 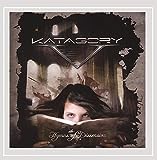 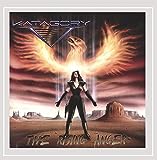