An den Folgen eines Autounfalles letzten Jahres ist leider der ehemalige METAL CHURCH-Sänger David Wayne im Alter von 47 Jahren verstorben. Das offizielle Statement von der Bandhomepage:
„On behalf of David Wayne’s Metal Church, we would like to express our deepest sorrow in the passing of our metal brother, David Wayne. This is not only a loss for us as a band and his family, but also millions of metalheads throughout the world. David died due to complications from injuries he sustained in a head-on automobile accident several months ago.
David Wayne was the patented scratchy vocals of several METAL CHURCH albums and was in the process of returning to the metal scene with his new band lineup. His goal was to return to the sounds of METAL CHURCH’s albums released in 1984 and 1986. We will always remember the burning words and vocals in „Gods of Wrath“, „Watch the Children Pray“, and „Start the Fire“. David and his current band had just completed several new songs and were ready to head to the recording studio after their European tour dates this summer. Along with David’s family and friends, we would ask that cards, letters, and flowers be sent to the below address. Additionally, donations are being accepted to help David’s family with funeral expenses.
David Wayne’s Memorial Fund
C/O Verna Schielling
1217 North 57th Court
Ridgefield, WA 98642 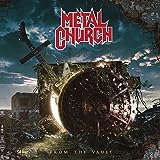 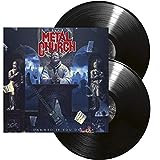 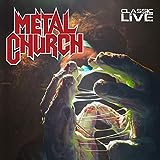