„To make it simple: I have decided to part ways with the band.
Leaving ANOREXIA NERVOSA was definitely not the easiest thing to do as we’ve shared so much during our time together as this band had become a vivid part of my daily life. For seven years, the band has been giving me so many opportunities on a musical and human level and has heavily contributed to become the person I’m today.
Still, I honestly thought I had reached the end of a personal era with the album „Redemption Process“ and I now feel the need to take a different path. I’m also absolutely proud of what I have been able to achieve with the rest of the band members who will always remain my best friends and I wish them the very best for the future.“ 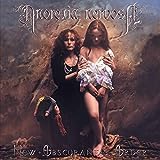 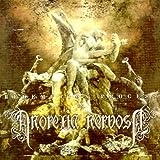