DARKSEED haben sich von Sänger Stefan Hertrich getrennt und ihn durch Christoph Puhr-Westerheide (MISLEAD) ersetzt. Hier Stefans offizielles Statement zu der Sache: „Hi all! Many people have demanded a clear statement explaining why I left the band DARKSEED, the band I formed 11 years ago. The band originally comes from Munich, but I moved 300 km away because I found a good job in the computer gaming industry. I would still have been able to record more DARKSEED CDs, but the rest of the band wanted to play live, a thing I cannot do because it simply requires too much time to rehearse the songs and play concerts. So I proposed that they should look for a new vocalist after ‚Astral Adventures‘ is released so that concerts can be played again and DARKSEED will get more publicity than they have in recent years. I will concentrate on my solo project SHIVA IN EXILE now ((Link)), an experimental mixture between ethnic and gothic music, maybe work on a new BETRAY MY SECRETS album with Christian of MEGAHERZ, and also work on computer game music. But the first thing I will do (in fact I have already started to do) is to write a real metal album. It will be the album I would have written for DARKSEED after ‚Astral Adventures‘. So don’t imagine that I will start a life without music! OK, that’s about all of it. No dramatic words, no room for rumours 🙂 Thank you to all DARKSEED fans, the old ones from 1992 as well as the new ones who bought ‚Diving Into Darkness‘ and ‚Astral Adventures‘, and good luck for the new DARKSEED line-up. Enjoy DARKSEED live, after 4 years of silence!“ Tun kann man dies hier: Jul. 25 – Skeleton Bash Festival – Innsbruck, AUT; Aug. 15/16 – Metal Mania Fest – Komen, SLO; Aug. 21-23 – Summer Breeze Festival – Abtsgmünd, GER 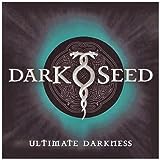 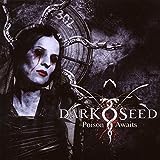