Captain Poon zur Situation: „To begin a whole new process of writing and recording, and all the touring that comes with, takes a lot of goodwill. You can’t pretend, it’s gotta be a 110% thing. If you lose that feeling, it makes no sense anymore. Breaking up is the only right decision, even though I’m truly sad about the matter. I think we released our best record so far in 2004, and hanging it up one year later makes no sense to me. But anyway, they lost that certain feeling, and there’s nothing you can do about it, when it’s gone.
Our fans have always meant a lot to us. They have supported us and turned this band around from being a serious hobby into a serious profession. Being in a successful band has a lot of benefits, but the biggest benefit will always be the support and loyalty from our fans. You know who you are, and we give you all our thanks and respect.
There is no point in pretending that everyone are OK with this development. The other members of Gluecifer were looking forward to start working on a new album in 2006. Unfortunately, without Biff & Raldo, the rest of the guys do not have the will to do it.
Biff and Raldo have had a big impact on the Gluecifer sound. Making another Gluecifer record, without them, doesn’t feel honest. I would prefer that people remember us as something fresh and positive. That could easily go down the drain if we gave it a shot with a new singer, and a new guitarplayer. It sucks, but a fact is a fact.“ 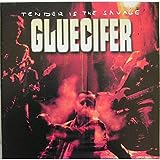 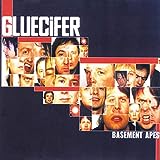 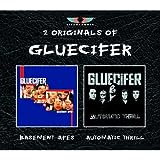