The fact that we have finally entered the studio to record our second album is an achievement in itself! After so many problems and having multiple things stacked against us we came through it all, finished an album, got a new drummer, and now it’s time to get things right!

We are currently recording our second as yet untitled album due for an early 2011 release and to say that we are as excited about it as kids are at Xmas would be a gross understatement. We feel that the songs are so much stronger and that we have matured as a band since „This Age Of Silence“ and we are bursting for you to hear it!

We will be posting video updates on our official YouTube channel as the recording advances. We feel that this album will definitely show that we have our strongest line-up ever and will mark a great return for us. We plan to make 2011 the busiest time we have ever had. We expect to be touring relentlessly and hitting some new places so be afraid, be very afraid!

We would like to thank everyone who has stuck with us and been patient with us. With so many negative and generally bad things happen to us in the last few years it would have been easy to call it a day. But, we have definitely come out for the best and we thank every single one of you for your love and support. We will see you with a brand new album in a town near you soon.“ 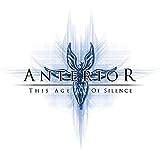 Anterior - This Age of Silencebei amazon6,77 € 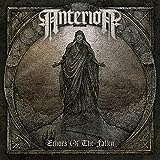