„Here we are again: New album, new expectations and whatnot more. I could write something in the lines of „this is by far the best album we ever did“ or „this album is the most complete and mature piece of work we’ve ever done“, but I guess it all has been said and done by countless bands before so I see no reason to mention it. However, it is true though, and very much so as well… And we are damn proud! 😉

No, the reason why I’m sitting in my living room accompanied with my PC this Sunday morning is because of Guillaume’s (SOM propagandist and friend) idea of writing a statement on the topic of „why we chose to change the sound from the promo CD to the final product“! Oh well, it is not as mysterious as it looks on paper. Actually, it is quite simple…

Here’s the deal: The album is done, the sound is perfectly organic, just the way we wanted it, and it has shitloads of personality and depth. Very Ava-ish. So what now then? Something lacking? „Well I wouldn’t say that there’s something lacking… But maybe it could use a bit of that extra push? Why not try to sharpen and tighten up the sound a bit, get it more modern but still perfectly in tune with our musical convictions?“ Well, at first I must admit that I was convinced this was the voice of the wine speaking, but no, the following day the same thought came through.

So, while giving this new idea some heavy thought and consideration, I accidently came across a new song from our semi related doomsters Novembers Doom. The song I heard had been mastered by a certain Swede and it caught my attention immediately. Yeah, that’s right! Mr. Dan Swan was responsible. This guy has an incomparable list of merits and obviously has a damn good clue what the fuck he is doing, so no more questions asked. I sent him a file asking him to „do what he does“ and he sent it back to me the following day. Bang! There it was. I was completely stunned by the result. This is what I wanted the album to sound like! So, after a quick brainstorming with SOM we all decided to go for it. The album was transferred to Dan and his Unisound Studio, and two days later the album was back to SOM, remastered and ready to be shipped to print.

So, to straighten things up: those of you who actually have the promo CD, hold on to it, as it now can be considered a collector’s item bearing the old or „first“ sound of „Bacchus“. In other words, don’t put it up on eBay quite yet… :)) To the rest of you, I bet you all are thinking „so, how does this shit sound then“, right? Fair enough… But until SOM allow me to grant all of you with a full song, our www.myspace.com/avainferi is a decent place to hang out. Until next week…

Let the Blood of Bacchus be spilled! In vino veritas! 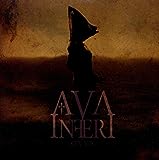 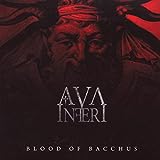