„SINGLE BULLET THEORY is happy to announce a few things.

1) The final master of the ‚The Killing Floor‘ as well as the bonus live material has been sent to the label and we will have the official word from them as soon as they sit with it a while. It sounds great and the live shit is CRUSHING! There is a total of 16 tracks on ‚The Killing Floor‘. Without a doubt our best work yet and everyone involved did a fantastic job.

2) Jason Dunkerley filled in on drums for most of ‚The Killing Floor‘ and did a great job as both a drummer and producer for the recording. He also stepped to the plate and did a ton of shows with SBT during late 2006. Jason is featured on the five live bonus songs. Jason, thanks bro, you rocked!

„With that news, we are stoked to announce that we now have Johnny Sasso back in SINGLE BULLET THEORY. John was the original drummer of SINGLE BULLET THEORY and did four U.S. tours with the group. He also appeared on ‚Route 666‘ (Crash Music, 2003) along with the video for ‚Murder Machines‘. Johnny also wrote a majority of the drum parts that were played on 2004’s ‚Behind Eyes of Hatred‘.

„For me (Matt), this is a monumental thing for SINGLE BULLET THEORY as we have always missed Johnny. I am THRILLED to have the line-up we have now!

„So what’s next? We will be waiting on the word from the label but that won’t stop any progress. As of April 10th, we have decided that we will be entering the studio next month with Carlos Alverez (SHADOWDANCE) at the production helm. Carlos will be helping us produce and mix a three-song demo of BRAND NEW SINGLE BULLET THEORY. I respect and admire Carlos‘ musical vision and I am sooo excited to have him at the engineering desk.

„Some demos that I did of the new material can be found at this location. Keep in mind that there are no vocals, solos and its all drum samples. Regardless, you’ll get an idea of what the new stuff will be like. We’d love to hear your opnions on everything.

„Many thanks to Tim and Stu from INTO ETERNITY for getting us fired up again.“ 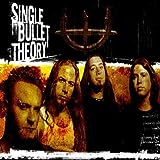