The Crown
...vs. Tompa Lindberg!

THE CROWN haben ihren ex-Sänger Tomas Lindberg in Schwedens größtem Metal-Zine, Close Up, abgekanzelt. Alle Schuld an dem Split haben sie seinem exzessiven Alkoholgenuss auf Tour gegeben. Hier die Worte von Bassist Magnus Olsfelt aus dem Close Up: „The primary reason [for the split with Tomas] was the lack of personal chemistry. Because we had the same lineup for 11 years, it was hard to find someone who fit in with everyone all the time. And if you play together for that long, you don’t have a lot of patience either. It went painlessly when we were together with [Lindberg’s predecessor and eventual replacement] Johan [Lindstrand]. You get spoiled. But at the same time Tompa [a.k.a. Tomas] was the obvious replacement [for Johan] at that point. I don’t know how much we dare say [about the reasons for our split with Tomas]. We agreed with him to go our separate ways because we didn’t click on a personal level. But alcohol has always been a part of these episodes.“ „It was hard to tour,“ bestätigt Drummer Janne Saarenpää. Magnus fährt fort: „Yes, it was. Because we spend our time in a small bus and not at all have a habit of becoming drunk before gigs. Tompa is the other way around. That’s his way of being, and he can’t change that. Everyone should be able to be themselves in the band, and I suppose that’s what made things go overboard. He did a perfect job on stage, but at the same time, no one could deal with him when he was drunk. [Tomas‘ previous band] AT THE GATES split up for that same reason. We wanted to have some sort of a meeting [to discuss our problems with Tomas], but it never happened. We haven’t dealt with this within the group or with Tompa. Most likely he has a totally different take on the situation. Either way, it was dumb of us not to talk things through.“ Janne: „We tried to [arrange a band meeting], but it seemed like no one could make it at the same time. Finally, there was no time [left to meet]. We were due to perform two weeks later and wanted to get it over with. So we had to do it over the phone. And then it [became] kind of silly. Aside from the tours, it didn’t feel like Tompa gave his all for THE CROWN, but that it was something he did on the side. It’s like having a colleague at work who doesn’t give it his all. It’s not fun working with that kind of a person. You want someone with as much of a fire as yourself.“ In derselben Ausgabe des Close Up reagierte Lindberg noch auf diese Anschuldigungen durch THE CROWN: „Everyone’s entitled to their opinion. I know for a fact where I stand on this. It’s possible they have another point of view. I have absolutely no unsettled business with THE CROWN and think it would be nicer to hear opinions about myself and my person from them directly and not from Sweden’s biggest hard rock magazine. That’s why I choose not to comment on personal affairs and loose talk in print. I take care of my [day] job, and as many know, I have four established bands and a family — I’m a little more responsible than the guys make it appear. Then I wonder if it isn’t stooping a bit low when you give your imagination a free rein about things that you don’t have the slightest clue about. Why AT THE GATES split up I think we who played in the group know best ourselves. And I think I’m closer to Anders Björler [former AT THE GATES guitarist, currently in THE HAUNTED] and company than the guys from [THE CROWN’s hometown of] Trollhattan are. It’s unfortunate that my time in THE CROWN would end under these sad circumstances. But we mustn’t forget that we made a good album and played a lot of shows.“ Passend dazu haben THE CROWN Pläne angekündigt, das 2002er Album „Crowned In Terror“ nochmals zu veröffentlichen. Und zwar diesmal mit neuen Basslinien und neuen Vocals. Nur das Duett von Tomas und Johan bei „Death Metal Holocaust“ soll unangetastet bleiben. Geplant ist das alles für 2004. Janne dazu: „In all honesty, this is nothing we’re particularly keen on doing. It’s something we promised Metal Blade as a ‚thank you‘ for the big budget we got for the recording of ‚Possessed 13‘. But it will probably be fun for people to have all the albums with Johan on vocals.“ THE CROWN haben noch dazu bekannt gegeben, dass deren kommende CD „Possessed 13“ CD (VÖ: 20.10.) wahrscheinlich deren letzte mit ihrem bekannten High Energy Thrash Sound sein wird, der zu ihrem Markenzeichen geworden ist. „Somehow it feels like this is our final record, that it’s not possible to make this [sound] much better,“ bestätigt Magnus dies. 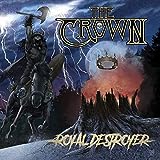 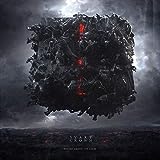 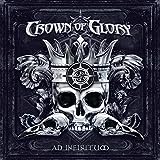