Die Scheibe wird in Europa am 11./14. Februar und in Nordamerika am 15. Februar erscheinen.

„It is with great pleasure that we announce we have finished work on our debut album; to be titled The Last Caress of Light. The album is a work of dark, stormy, epic heavy metal that we are proud to release upon the world. Chris Fielding did a fantastic job in capturing the Celtic atmosphere of our songs while bringing out our heavy metal influences from bands like Warlord. We are very excited about it“, freut sich Sänger Krum.

Gitarristin Sarah Wieghell fügt hinzu: „It has been an incredible experience recording our debut album for Metal Blade, the songs came out better than even we were expecting. I think we’ve made a really strong record to be proud of, I can’t wait for people to hear it!“

Artwork und Albumtitel kommentiert die Band folgendermaßen: „The title is taken from the closing song on the album. There are a number of different themes running through the record; „The Last Caress of Light“ represents the turning of the tide, the fragile line between hope and despair, and the battle of strength against weakness.

The artwork was done highly renowned metal cover artist Paul McCarroll. He based the concept around the opening line of the opening song, and the image depicts the Morrigan in her transition between goddess of war and the serpent form she took when she attacked Cú Chulainn, the mythical Irish warrior. The story is allegorical of the other, more personal themes explored on the album. Paul did a great job in creating something which both compliments the conceptual vision for the album, and that looks totally killer!“ 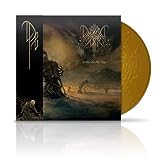 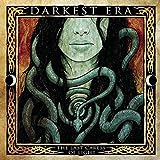 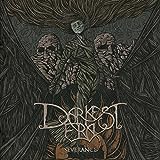