„We’re very proud to be able to present our new cover for our upcoming album ‚Metamorphosis‘, as well as a brand new Mercenary-logo!

There’s of course a lot of obvious (and indeed slightly cheesy) self-referential symbolism regarding the rebirth of the band in the cover artwork. But apart from that we felt that the motive of a phoenix was a really fitting expression of many of René’s lyrical themes on the album, as they deal with personal and existential crisis, overcoming personal obstacles and how we can sometimes redefine ourselves in the proces of taking responsibility for altering the conditions of our very lives. This idea of personal freedom can be a very frightening thought for some, but it’s actually a message of hope and optimism – we can always take control of our lives and free ourselves of inner or outer constraints, or at least take pride in the struggle to do so.

(Okay, dropping all the intellectual pretense, we just liked the artwork because it was freaking bird on fire – how cool is that!?)

On a serious note, though, we also felt that a simple, raw and iconic visual theme would support the musical direction of the new album. We feel that the songs are our strongest ever, they’re no-bullshit, focused and straight to the point, and our good friend Don G really nailed these concepts with his artwork.

Finally, we have also been searching for a new logo for many years (also before the recent changes in line-up) but we never felt that we found a good enough alternative until now. With the direction of the new line-up and the new album, we not only felt that we had as good an occasion as any, but we also really liked the idea of a less polished, more raw logo which could reflect the changes in musical expression. 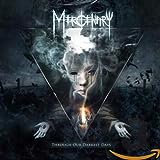 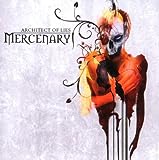 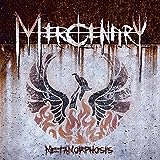