PAIN haben die VÖ ihres vierten Albums auf Anfang 2004 verschoben. Dazu Peter Tägtgren: „I guess you’re wondering what’s going on with the new album… Well, as things turned out, I had to take a break from it or I’m sure I’d go insane. Things were going too slow but I guess I’m getting pickier with what slips thru in my work and I can ensure you it kicks serious ass this time! The only problem is that I have a few songs left to put down vocals on — then I’m done. This means I’ll have to push back the release of the new album to early next year, but once you guys hear the shit I’m up to now, you’ll figure it’s been worth waiting for. I’m madly sad to have to do this but with all record-company bullshit going on with release schedules, priorities and all that BS, I want to make sure everyone busts their asses off to get Pain out and about around the world and this is the best way. Meanwhile, I can give you a few titles of new tracks that’ll be on the album: ‚Misery‘: will surprise you guys. Heavier than ever, and a massive fucking song. ‚Stay Away‘: another hate song, but with a rolling bass-line that will blow speakers all over the world (my subs in the studio work hard with that one) and ‚The Third Wave‘ which is… well… a new, fucking great song. To get my mind off things we decided to start recording new tracks with HYPOCRISY as well. Things are going really well up here in the Abyss main studio and we’re hammering out some cool tunes… If you’re into ‚Roswell [47]‘ [off 1996’s ‚Abducted‘]… and those songs, you’ll love the new HYPO-material. If you’re reading this Stateside, don’t miss our US tour with DIMMU BORGIR, CHILDREN OF BODOM and NEVERMORE later this autumn. That’s it for now. Don’t forget to check this space out to see what’s up with the new shit… Break a neck! Peter Tägtgren“ 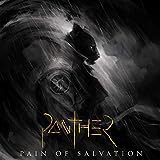 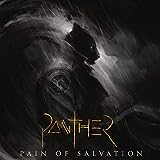 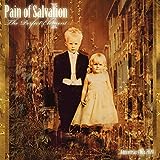