„OK, so it has been forever since we’ve given you an update the reason for that is that we took a few months off and there was really no news to report. We had been through tons of singers and were pretty frustrated with the whole situation, so a couple of months off really helped clear our heads.

Mike and I have been in the studio producing and recording other people (which we will continue to do) and Rob has been keeping himself busy with other things.

In the past year we’ve written a lot of songs and tried out tons of singers, some that you all have heard of and some unknowns. A lot of these guys could’ve easily done the job of continuing Spineshank where we left off but we want more than that. So we held off until we found someone that we really clicked with.

We’ve been working with someone for a while now and its going really good, (no names yet because of the legal bullshit) it has all the elements that Spineshank has always had, but it doesn’t sound like Spineshank. We’ve never liked to repeat ourselves and have always expanded our sound after every record and this time is no different. The fact that there is a different voice singing over the music is obviously going to make a huge difference, and we are obviously in a different place musically than we were when we wrote SDP. A lot of that record was really forced, it was hard to get the 4 of us to agree on anything. There was a lot of pressure to write songs for the radio and there was a lot of fighting when it came to the direction the band should go in.
For the 1st time in years it feels like a band again, writing music doesn’t end in a fight and we all get along personally and creatively. As for the name Spineshank, Were not sure what were going to do yet. If it sounds like the next Spineshank record then I guess we will keep the name, if it doesn’t…we wont. I’m proud of everything we’ve done, but its time to concentrate on the future and move on. Well, that’s it for now. I will update again when there is something to talk about.“ 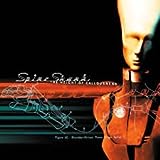 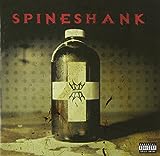 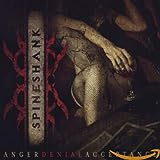