„I’m making a little statement where we are at the moment. Jari has struggled with the technical problems but there is light in the end of the tunnel. So we got the computer finally from Finland. It’s new and it works but it didn’t work as we hoped. We found out that 32 bit Windows only allows 2 GB RAM memory to be used and since he has 4 in his computer now, he can’t use it all. It sucks! So we are buying a device to help us, a receptor. The receptor has 2 GB RAM and it’s a rack device that will help us to use it for some of the synths.“ „The problem has been that jari can’t work the songs in one complete file. He has to have many projects from the same song and when he is making the synths in MIDI, then the RAM runs out and the computer (crashes). This is very time consuming and kills the inspiration because Jari can’t compose the synths in a normal way and one wrong note can cost him a whole day’s work.“ „So the situation is now this. We are finished with everything except the vocals and synths. We are not talking about single layer synths. We’re talking about more orchestral stuff with layers on top of each other and some songs have cool choirs also! One song is fully ready with the vocals and most of the songs have a lot of vocals, but not totally finished. The vocals have more dimensions (than on their ’04 self-titled debut). So people, please understand that the scale for this album is much bigger than the first one. I love the first one too but this is on a different level. You can’t compare these two at all! We just have to wait until Jari brings us the food on the table.“ „So as soon as we are done with recording, we start mixing it. Jari has already started to make the basic sound for drums, guitars and bass. Once the album is already mixed and mastered, Nuclear Blast will need 3 months to promote it before it’s released. It’s a huge company and it has it’s own ways of working… but let’s think this way. We die someday, but the music lives on after we have left. That is just what music should be. Jari has the vision as only he knows and he can’t give up until the album is ready. He wants to make sure that he is happy with it before giving it to you…to listen.“ 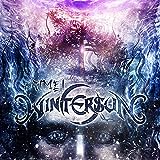 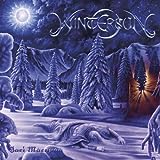 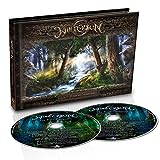