„As you all may know, we have been searching for a new drummer since early September this year. We have gotten a great deal of applicants from various countries. Some of them where really awesome drummers to say the least. We would like to take the opportunity to thank every single one of you for showing interest and sending us drum-videos of you playing our songs etc. Thank you so much and good luck with your future endeavors.

Without really thinking about it, the best solution for us was lurking around the corner. Arttu Malkki, our first original drummer (1999-2002) has during the last year been showing interest in playing faster death-metal once more. After his departure from Aeon back in 2002, Arttu has mainly been playing in heavier / slower metal bands.

A couple of weeks ago, we saw him perform a show with our buddies Sanctification and we where really, really impressed with Arttu’s „fast-drumming“ comeback. Later on, Arttu asked us if we wanted to jam a couple of songs with him just to see what it would feel like. So we did, and it sounded massive! We decided to give it another shot, and once again we played songs like Living sin, Soulburner, God Gives head, Hel-el Ben Shachar, Spreading their disease among others and this hard-hitting drum-monster makes us sound really massive. Both we and Arttu felt that this was just so right and we decided to once again be bandmates.

Besides the obvious fact that Arttu is a killer drummer, he is also an original, founding member of the band and goes way back with Tommy and Zeb from the pre-Aeon era in „Defaced Creation“. Another detail that made Arttu our final choice is that he lives in the same city as we do, and this is a major plus. Now we can take on every single gig / tour we want to. This without having a drummer in another city or country even, that we need to fly over etc.

I remember when he first left us back in 2002 and Nils replaced him, the one thing that i missed about Arttu the most was his hard hitting and brutal drum-sound. Even if Nils is a more technical drummer, Arttu has some other qualities that suited us really well in its own way. Needless to say, they are both amazing drummers. So we will now be spending the next couple of months rehearsing songs / setlists and after that, we will take on shows & eventually some tours if the right offers lands on the table. We are all truly exited about being a complete band once again and being able to make things really happened has never felt more possible than now.

With that being said, lets raise the horns high and welcome Arttu Malkki back to Aeon.“ 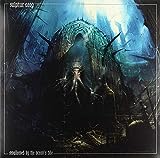 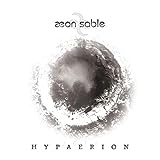