Once again the winds of change are upon us, and this time I can say that I am very happy about the result.

While out on the European tour I had several in depth discussions with many loyal Iced Earth fans. A common theme of these discussions was how much Matt is missed. I agreed with the fans that things were not the same and that it was a very special period in Iced Earth’s history.

When I heard several months ago that Matt was going to be doing a project in music again, I was thinking about contacting him and seeing what his intentions were. I didn’t act on this because I was so focused on the writing of the new epic, and frankly, it just didn’t seem realistic.

Well, after getting out on the road and speaking with many of you directly, I decided to call Matt and see how he was doing and if he was interested in working together again. I am proud to say that he is coming back to Iced Earth and we will be getting back to work in the studio very soon.

Matt will be singing on Part 2 of the Something Wicked concept CD and we will be looking forward to getting out on tour and delivering a series of Iced Earth shows that will rival any in the history of the band. And there will be a proper DVD filmed from this period, something we’ve all been waiting for.

I want you all to know that it was you who made this a reality. I have missed Matt’s presence onstage and in my personal life in a big way over the past few years, so I appreciate your honesty in our discussions. It did help me realize the decision to move forward with pursuing this. The fans have spoken and we have delivered!

You true fans know that I’m a straight shooter, I say what I mean and mean what I say. And though I value your opinions greatly, you must believe that this is a decision that comes completely from the heart and is not motivated by anything other than what feels the best for Iced Earth. This is the way that things have always been dealt with, for better or for worse, but always honestly and from the heart.

Tim Owens is a great and talented singer and I wish the best for him and his future on a personal and professional level.

There will be more news soon as to further developments and plans. This will push back the release of Part 2 a bit. Not because we couldn’t be ready to record in time, but because of a new addition to Matt’s family in early 2008!

I am very happy to announce that Iced Earth is truly BACK!

Have a great holiday season. We’ll be in touch very soon with more details.
Jon Schaffer“ 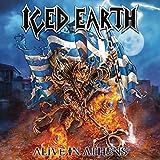 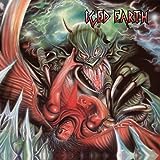 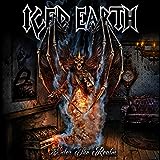