ARCH ENEMY müssen den Rest ihrer Tour mit NEVERMORE absagen, da ihr Tourbus von „blutsaugenden Käfern“ befallen worden ist, die Krankheiten verbreiten und die gesamte Crew um den Schlaf bringen. Was hier zuerst nach einem schlechten Scherz klingt, wird von Gitarrist Michael Amott in einem Statement bestätigt: „Hello to all ARCH ENEMY fans hoping to see us in Austria, Hungary, Italy and Switzerland with NEVERMORE. I am very sorry to say we will not be playing the last few shows. Unfortunately our tour bus became infested with a plague of bloodsucking bugs, (seriously!) causing several band and crew to become sick not to mention exhausted from lack of sleep. Shit happens, and you are always prepared for the worst, but we’ve had real bad luck with our health on this tour — 3 of us got sick in Germany…..and now this. When we got to London we decided we must continue, but even though the bus has now been partially disinfected, we were all forced to agree after the show in Ludwigsburg last night that we could not go on. We have to get home and get well before we go back out on tour in America next week. Although we have been supporting NEVERMORE on this tour, we know many fans wanted to see us, so no-one is more disappointed than the band not to be able to play these last few shows. All the dates so far on the tour have been great for us in fact we have enjoyed them so much that plans are coming together for ARCH ENEMY to do a full headline tour in Europe in February 2004, so keep logged on to our website for details (we should have something finalised in a few weeks). Also we are discussing with our label Century Media to have sent an ARCH ENEMY collectors item to fans who keep their tickets from these next shows and send it in to the label. Watch this space for details of that in the next few days. We want to thank NEVERMORE and their crew for the opportunity to do this tour. They are an awesome band and we wish them luck in the future. Finally for now, all of us in the band are truly sorry to have to miss these dates, but we will be back fit and supercharged soon to give you a show to remember!! All the best, Michael and ARCH ENEMY.“ 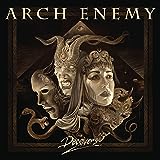 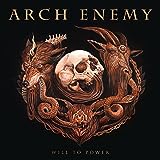 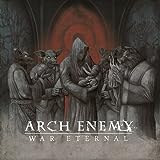