„Someone does something stupid and us (DEICIDE) and the fans have to pay for it. We have gone through great strides in not canceling shows and getting the promoters confidence’s back after that whole fiasco with the ding dong brothers (dumb and dumber). And we have done just that with every one of our tours being a huge success ever since. So now I have to deal with childhood antics prohibiting us from performing…so a few graves got disturbed. That’s my doing? Maybe you French people should start putting the dead under the dirt like the rest of the world. Where is your backbone you big shot promoter????? Sounds like you’re scared to stand up for what is right. We get the boot in exchange for what? Pleasing some cheese-eating bidet squatting French fuck over in the local government. Ahh, take your festival and shove it up your ass. I’d rather sit here at home popping pimples on my ass now than do their fest, especially after their show of weakness towards censoring us. As always, have a nice day you dick.“ 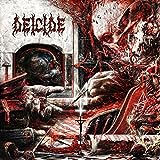 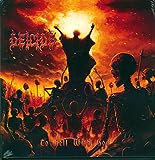 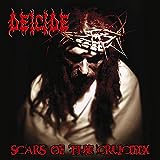