As our loyal followers (that’s you!) are well aware, Ilja left the band to pursue other interests. However, it is not only Ilja who has been pondering the balance between KIUAS and other areas in their lives.

Markku’s duties as a parent and medical doctor have grown to the point where it is impossible for him to continue giving his total dedication to the band.

Atte has found his passion with flying and after graduating from the Finnish Aviation Academy he has spent most of his time in the mile high club (and steering the aircraft as well every now and then).

Both guys made the choice to move on themselves and although this stirred up some emotion at first, these changes were inevitable and neccessary for the band to evolve and…well to excel and ascend. Atte and Markku send their thanks to everyone who’s been with Kiuas throughout the years and will continue to act in the background following the band’s career and helping out in some ways.

As for the new members…they are passionate musicians first and foremost and people with whom I’ve already shared the road more or less in the past with great joy and the obsessive urge to ROCK…just as I have with the old members of KIUAS.

Our new official keyboard player Jari has already played over 30 gigs with KIUAS and has practically been a sixth member of the band since the New Dark Age Tour in 2008, standing in for Atte when he was busy soaring the skies. Jari is a virtuoso player with a history of professional musicianship behind him and his knowledge and expertise is so extensive that he has been used as a consultant in the studio for the likes of LORDI.

The new vocalist Asim Searah is a young gem luckily discovered by a certain bald guitar player and has already displayed his talents with KIUAS on four gigs. Asim’s clean and powerful vocal range can easily cover the world’s metal and hard rock repertoire and he can shift convincingly from classic DIO-esque melodies to brutal death growls. He is also a competent guitar player and thus future shows will partly feature some serious twin guitar bombardment!

The new drummer, Rainer „Raikku“ Tuomikanto is a well known figure in the finnish metal scene, an artist and a technical phenomenon in the highest league. He has performed on dozens of records and toured with many finnish bands and has now finally found his right place with KIUAS.“ 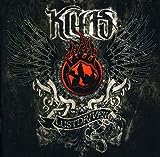 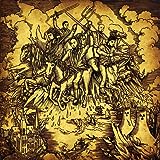 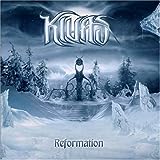