Morgion was formed in 1990 by Dwayne Boardman (Guitars), Rhett Davis (Drums) and Jeremy Peto (Vocals, Bass). The band recorded their debut „Rabid Decay“ demo in 1991, followed by the „Travesty“ 7″ in 1993. With the addition of Bobby Thomas (Guitars) and Ed Parker (Keyboards) in 1994, Morgion recorded a new demo of slower compositions, which was later released by Relapse Records as „Among Majestic Ruin“ in 1997. In 1998, both Thomas and Parker were replaced by Gary Griffith (Guitar, Keyboards). Morgion then wrote and recorded their highly regarded „Solinari“ album, released on Relapse Records, in 1999. After a long hiatus, 2002 brought reformation and reassessment… Peto was removed from the lineup, replaced by Justin Christian (Bass), and a new label was sought. In July of 2003, Morgion and Dark Symphonies partnered for a new composition, „Cloaked by Ages, Crowned in Earth“ Released in April of 2004, „Cloaked by Ages, Crowned in Earth“ has been the band’s most successful offering. Morgion parted ways for new projects in 2004. 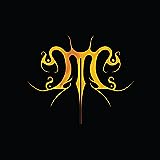 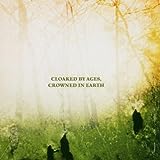 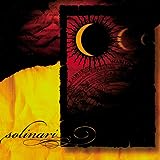