„We’ve been talking about this literally since the day we met. The original idea was to collaborate together on something else, but since then both bands have been becoming more and more successful. We kind of got immersed in our own projects, and we’ve never really found the time to get together and follow through on what we’d discussed. In the meantime, the rumors have gotten around that we were planning to do something. Realistically, it is going to happen, but it won’t happen until next year. We’ve written some songs, and that’s about as far as we’ve got so far.

I just hope it can live up to [people’s] expectations,“ he continued. „I think there’s always this sense that this whole idea of supergroups is sometimes one that can disappoint, because people always expect it’s going to be OPETH plus PORCUPINE TREE, so it’s going to be twice as good as either band on its own. I think it will be something a bit different, and I think it will be something good. I just hope the expectations aren’t too enormous.“ 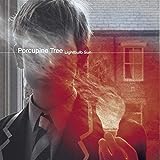 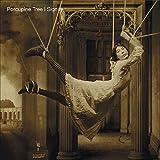