„We have just returned home to Tampa after the final show of the Metal Blade Records 25th Anniversary tour, which was Thursday night in Orlando. The whole tour was incredible, in fact some of the biggest headlining shows we’ve ever done in North America were on this tour. There’s no doubt that a huge part of the tour’s success was due to the overall strength of the line up of bands supporting us on the tour (The Absence, Goatwhore, The Red Chord, and The Black Dahlia Murder). All of them kicked ass night after night, and they are all great guys too. We would like to say thank you to all of the bands and crew that made the tour so great, and we’d also like to thank Metal Blade Records for the excellent support they gave the tour. Most importantly, we’d like to thank all of the fans who attended the shows, you guys are the best.

So, we’re home now, but only until Monday, which is when we fly down to Brazil for a 4 show mini-tour. We haven’t been to Brazil since 2004, so we are very excited to see all of our fans down there again. The Brazilian concerts will be most likely be the final shows of the Kill tour, and we plan on getting to work on the writing process for our next album shortly after we return from that trip. Check back after the Brazilian tour for a full tour report. Until then, stay brutal and thanks for the support.“ 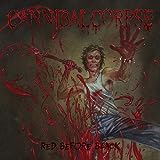 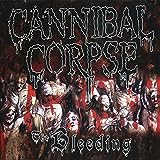