„As some of you may have noticed already, Roel Sanders does not play drums in God Dethroned anymore. The amount of shows we’re playing is much more than we expected and unfortunately Roel could not combine this with his private life and other activities anymore. It was hard to say goodbye to him, but we remain good friends as always. We have welcomed Michiel ‚Mike‘ van der Plicht as his replacement on the drum throne and we’ve already done a number of very successful shows with him. Now we look towards the future with confidence again.“ 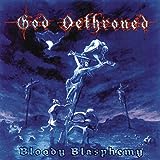 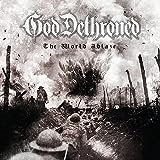