„It has come to my attention that there was a show in Greece where an allegedly full-on Satanic band (ROTTING CHRIST) was going to be playing, as well as one in Israel too (DISSECTION). No one knows for sure what their intent or content is, so I am not going to say they are.

Plus I have helpful people like the guy in this thread who is quick to point out my failings, and volunteering as my self-appointed judge to remind me of everything that I am doing wrong.

Yes, I did say I would prefer not to play on concerts with Satanic bands. That doesn’t mean I won’t, it doesn’t mean I would not talk with the bands either, (sometimes it is just for fun anyway with these bands). But to make a life-altering change and then not have some kind of affect would not have been a change at all, would it? It’s not much different from staying away from booze if you have made a decision to be sober.

The concerts that I headline or I put together is usually my choice who I want to play with; festivals are different. If I don’t feel it is right for me to do something, then like I said in this post here I would just respectfully decline. I would not ask that anyone be taken off if they were already confirmed.

I have to draw the line and stand for my beliefs or they aren’t beliefs at all, are they? I don’t expect anyone to fully understand this, but I know many of you do, and I thank you for your support.

To the Droogie that is set on insulting me about my beliefs, I understand. It is easy for a person with no beliefs to mock someone who does. I don’t know if you do (I hope so), but it appears not. Because if you did, you would say, „Well, those are Dave’s beliefs, they are not like mine, but if mine are to be respected, than so should his.“

I doubt you will think things through like this before you come on here and attack me for my beliefs again, but here’s to hoping. And ya might want to check the guidelines of this site too; we are pretty friendly here, but personal attacks don’t sit well here.

And if not, I imagine someone will prolly buy your ticket and I will dedicate a song to your abscence at the concert

The moral to the story is this . . . I don’t like certain bands and that will never change that in me.“ 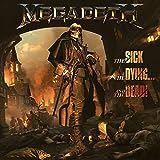 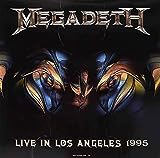 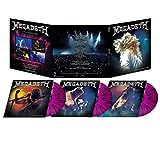